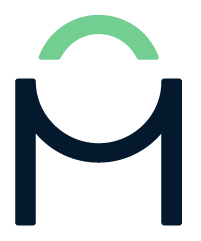 Do you need more info?

What is the Retina?

The retina is a set of nerve cells located on the most internal layer of the ocular globe, whose purpose is to transform luminous stimuli into nervous signals so that the brain can interpret them.

The macula is an area of the retina that is especially interesting because it captures the so-called “central vision,” which is the one that allows us to focus our attention on details and on the spot that we are looking at.

The rest of the retina deals with peripheral vision. Blood vessels nourish the retina and are distributed in it.

Any changes to the retina, and especially to the macula, might seriously deteriorate the eyesight.

Age-related macular degeneration (ARMD) is a disease that is produced due to the changes to this area of the retina and causes a dark shadow to appear in the center of the image, without affecting the peripheral visual field.

It does not cause any pain or symptom of any type, but the progressive loss of eyesight.

The changes that can be noticed in eyesight are caused by a disease in the back of the eye. If not treated, a large percentage of patients will lose most of their central vision within weeks or months.

This loss of a clear eyesight is caused by the growth of new blood vessels in the back of the eye that can produce the extravasation of the blood (bleeding) and of liquid (edema), which can finally produce a scar. All of this injures the macula, which is the area of the eye that enables clear central eyesight.

The disease is bilateral and asymmetric, which means that it affects both eyes, but not at the same time. Therefore, at the beginning, the patient frequently does not notice the eyesight problem of one eye, because the other one can see well.

If the disease is diagnosed in advanced stages, the treatment will not be very efficient or the efficiency is quite limited. The patient will thus definitely lose his/her central eyesight.

Macular degeneration associated with age is most frequent starting when the patient is 60 years old, although it is possible for the patient to have it when he/she is 50 years old. It is often hereditary.

The most frequent type is the dry or atrophic macular degeneration, which corresponds to 90% of cases of ARMD, and it is the least serious type. This kind of ARMD produces a progressive atrophy of the macula, whose evolution is generally quite slow. The eyesight loss it produces is not so serious as the one caused by wet macular degeneration.

This type of macular degeneration is called wet, hemorrhagic or neovascular. Fortunately, it corresponds to only 1% of cases, since it is much more severe than the previous one, because it produces a quite significant loss of eyesight and it evolves more quickly. In this case, an early diagnosis is much more important, since there is currently a treatment that offers more hope to patients.

This disease is caused by a growth below the retina, in the area of the macula, of a tissue formed by abnormal blood vessels, which deforms the central eyesight (the patient will see distorted lines) and causes bleeding. (A black spot is seen in the center of the visual field.)

Previously, laser was used to burn abnormal vessels, but the results were a defective eyesight.

Any treatment method that you decide to apply will be easier to implement and will achieve better results if the size the vascular tissue is smaller. It is quite important to diagnose the disease as soon as possible.

What is the Retinal Detachment?

The retina is a set of nerve cells placed on the most internal layer of the ocular globe, whose purpose is to transform luminous stimuli into nervous signals so that the brain can interpret them.

If this is explained in another manner, the retina is the part of the eye that is similar to a film of a camera. So, when light focuses on the retina, it stimulates it, and creates an image, which is sent to the brain, by means of an optic nerve, “where the photo is exposed.”

Two basic parts of the retina must be distinguished:

When this peripheral layer breaks, the liquid of the vitreous cavity passes through the hole or tear, and it accumulates under the retina, separating the retina from its back side, and the retinal detachment is produced.

Not all tears or holes of the retina produce inevitably a detachment. To prevent this, they must be diagnosed on time and treated adequately.

If any of the following symptoms occurs, the patient must go to a specialist or ophthalmologist for a check-up:

Although these symptoms do not necessarily produce a retinal detachment, the patient should be checked as soon as possible.

Why does a Retinal Detachment Occur?

When, due to atrophic or degenerative processes, the retina becomes thinner and tractions occur in the vitreous gel. The gel then breaks, tears, and if left untreated, it might detach.

Changes that occur to the vitreous, caused in any way, such as due to inflammations, hemorrhages, traumas, might cause traction in the retina, which might break and get detached.

What is the Diabetic Retinopathy?

It is a chronic and evolving disease, which diabetic patients might suffer from. If it is left to evolve freely, it might produce blindness. However, currently, there are early diagnostic methods and appropriate preventive treatments, based basically on laser, to prevent this.

The disease starts to damage blood vessels with slight leakages of liquids and blood, micro-aneurisms, and exudates. Subsequently, neovessels are formed, which can contribute to the formation of vitreous hemorrhages. Additionally, the development of fibrous tissue promotes the retinal detachment. Neovessels of the iris can bring about a neovascular glaucoma, due to the increase of the intraocular pressure.

Miranza considers that diabetic retinopathy is one of the major problems since it treats a large number of diabetic patients. Therefore, this disease is one of our priorities, because it is one of the most frequent causes of blindness, usually due to a late diagnosis.

Do you need more info?

Techniques to Correct Problems of the Retina

Can we help you?

We will always be on the other side when you need us.